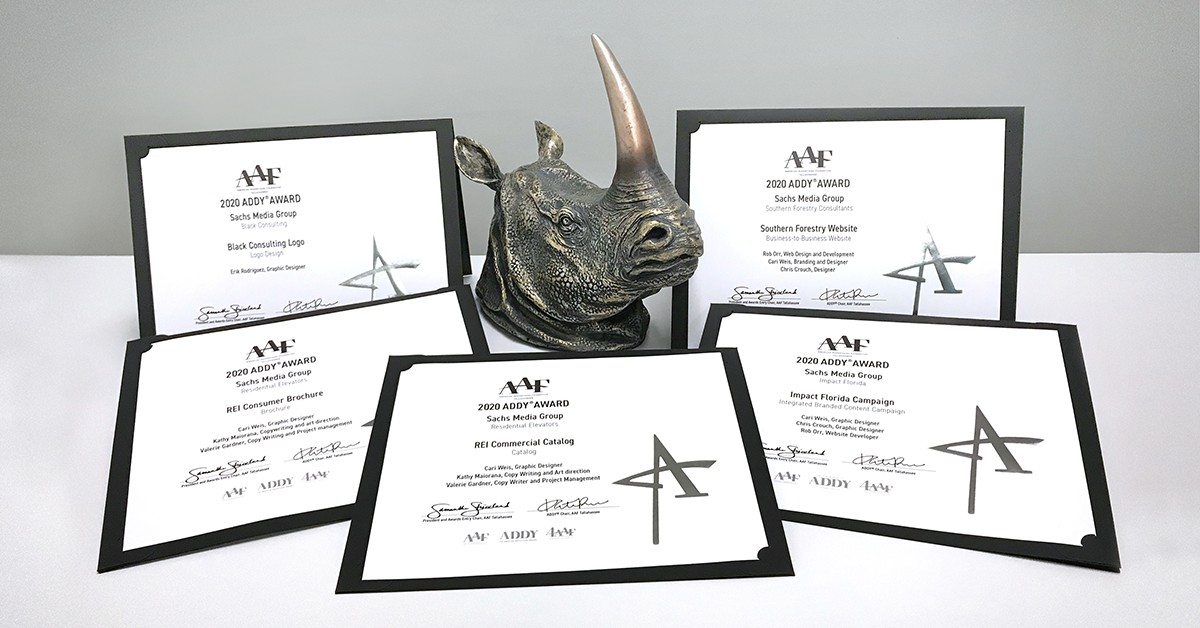 The complete list of Sachs Media Group awards is as follows:

To date, Sachs Media Group has won more than 100 ADDY® Awards. The ADDY® Awards serve as the advertising industry’s largest and most representative competition, locally, regionally and nationally. The organization’s mission is to recognize and reward creative excellence in the art of advertising.