Sachs and the City: Get to know Emily McCarthy!

Sachs and the City: Get to know Emily McCarthy!

Welcome to “Sachs in the City.” While the city isn’t the Big Apple, and this blog won’t deal in non-PG subjects like the one by fictitious author Carrie Bradshaw, it IS a blog authored by me, up-and-coming public relations pro and ‘adulting’ newbie, Emily McCarthy. I believe it’s also important to note here that I am nothing like the show’s Samantha Jones, besides sharing the PR profession.

I thought it would be good if I start writing to trace the earliest stage of my professional career. Every month, I’ll fill you in on what’s been happening with me, and what I learn from it, to share the thoughts of someone just starting out. While this blog will mainly be written by me, from time to time friends around the office might share their thoughts as well. 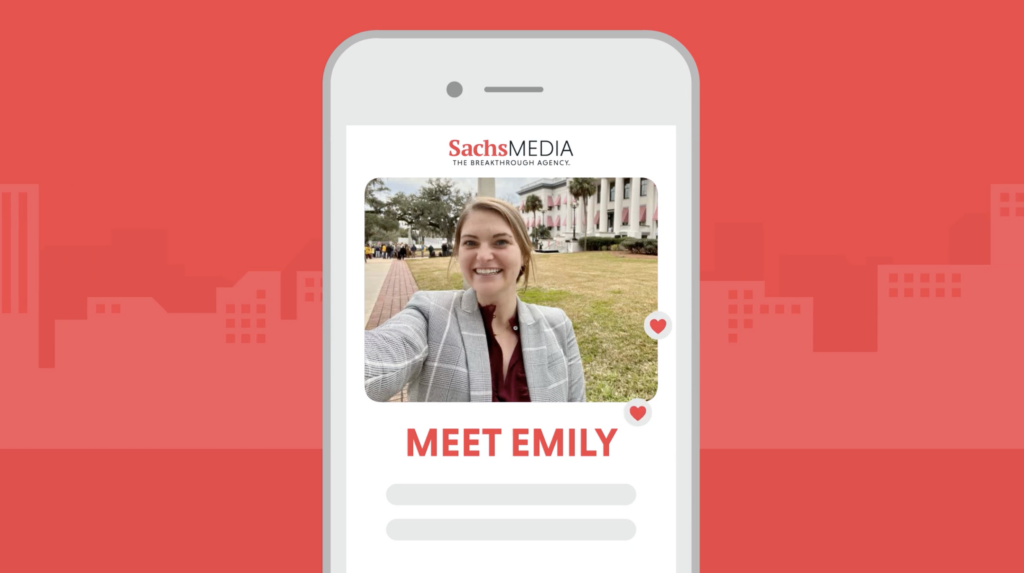 So here are the basics about me, in the format of a dating profile. I’m Emily and I’m 22 (exactly like the Taylor Swift song). I just graduated from Florida State University and now work at Sachs Media on the public affairs team, as an account coordinator. My hobbies include running, dealing with my cat Dave, and hanging out with my family and friends, especially my twin brother. (I hope that makes you want to swipe right.)

Professionally, I’ve already done a lot of things. During my time in school, I had four different internships, held two jobs, and was quite involved with my academics on campus. I interned for two different PR firms in town (one of which led directly to a job – go Rhinos!) and worked at FSU’s communications department and Warner Brothers (yes, that Warner Brothers). You may have seen my writing from the FSView and Florida Flambeau, where I was arts and culture editor for more than two years, or from those few times my work appeared in the Tallahassee Democrat.

But I think it’s important to note that with all of those successes, there were also failures. For instance, I did not get into the major I wanted, which was heartbreaking to me at the time – though I’m better for it today because without that rejection, I wouldn’t have been able to add an additional major or learn another language. Before I found and joined the newspaper, I tried to join the circus, an improv group, and several other clubs and, again, did not get in. If those hadn’t happened, I would not be writing and wouldn’t be on my current career path.

So now you’re up to speed on my journey and how I started working for one of the top PR firms in Florida. In the few months I’ve been working full time, I have already learned so many things about my profession, myself, others, and more.

Tallahassee is home to individuals from all stages of life, but one population that doesn’t get talked about enough is the young adult crowd – the people who just graduated from one of the universities in town (go ‘Noles) and are starting their career here, in the good ol’ Capital City. To all of you recent and upcoming grads in Tally: Hello, nice to meet you, I look forward to sharing some advice that may help you and stories that you may relate to/laugh at. And to everyone else, in Tallahassee or not, I hope you enjoy hearing about my journey and my life as a young professional!