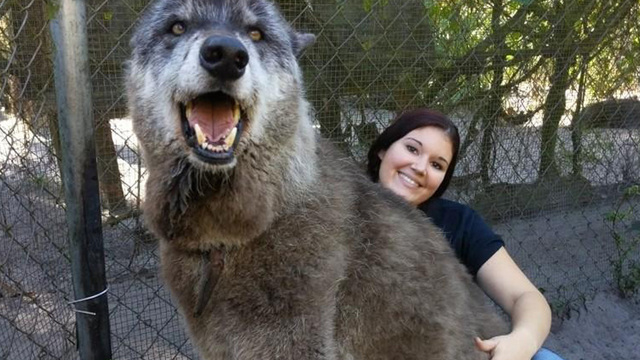 From giant wolf dogs to a man getting arrested over a straw, this week’s Florida news stories were anything but ordinary.

Miami Herald gained a strong lead on Twitter this week, with more than three times as many interactions as the #2 spot.

A West Palm Beach man shows up at his son’s middle school with a loaded AK-47.

It’s so fluffy! Photo of a “giant wolf dog” at a Florida sanctuary goes viral.

Prison over a straw?!? The man who attacked a McDonald’s worker over a straw gets jail time.

A West Palm Beach dad is arrested for bringing an AK-47 to his son’s school.

WATCH: Footage from moments ago as MMA star #ConorMcGregor leaves jail in Miami-Dade County. He was arrested earlier today after allegedly smashing a man’s phone and taking it. Read the latest here: https://t.co/EdMPjTYBMp pic.twitter.com/hDASDqwV3C