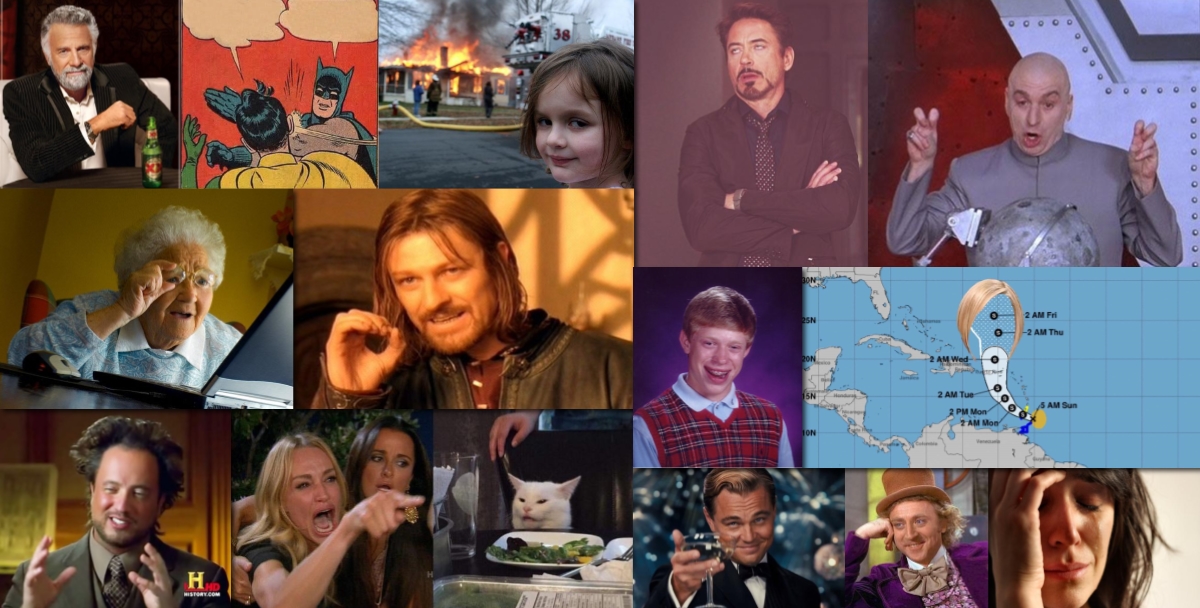 The first Karen meme I saw was shared by a meme-obsessed millennial, who in no way would I have otherwise considered a harbinger of cultural intelligence. Turns out, he’s a disease vector of memes – he functions to be infected by and then expose others to memes, a Typhoid Mary for the internet age.

The image simply said, “Do babies named Karen even exist, or do they just appear at 40 with 3 kids and ask to speak with the manager?” It was funny. It felt … random … that my name was used in it. But it wasn’t random. Turns out an entire bloom of Karen-related memetics had already been spawned.

There are the Karen memes that suggest general malcontent with otherwise pretty normal situations; the ones that suggest aggressive or pushy antics, mostly in retail settings; and the ones that Karenize other images, namely through superimposing a specific, apparently Karenish haircut. This treatment has been given to celebrities, pets, and even planets. If the internet is to be believed, there are roving bands of Karens sending shivers through the spines of managers everywhere.

‘Memetics’ describes how ideas or cultural information can spread, regardless of whether the concept is factual. But is this one factual? Is there really something to these Karen stereotypes that captures an ethos worth shaming, if not sharing? Do Karens differ from other women of the same generations?

With the research team at Sachs media, my inner Karen set out to learn more.

The first stop was the U.S. Social Security Administration website, which tracks the popularity of baby names over time. This shows that “Karen” hit the top 1,000 for the first time in 1906 and remained within the top 10 names for 18 years between 1951 and 1968, peaking at #3 in 1965. This makes the average Karen approximately 54 years old today. I was born in 1979, placing me well into the name’s period of decline.

Next, we probed the Florida voter file, which we already have access to, providing an array of demographic data on Florida Karens – tens of thousands of them.

The prototypical Florida Karen is 58 years old and white (just 7% are identified as black and10% as Hispanic). Karens tend to be evenly split between political parties, with 40% registered as Republicans, 38% as Democrats, and the rest not affiliated with either party.

But to really learn anything from this, we had to go straight to the source – into the depths of the Collective Karen mind. So we gathered a random sample of 3,000 Florida Karens and sent them an invitation to a survey.

Why Susan? Because after mapping the popularity arcs of dozens of other female names, we found that Susan was the one that came into popularity and peaked in a nearly identical pattern to Karen.

A total of 668 Karens, Susans, and members of the general public completed the survey between November 21-26, 2019, in about equal portions. Here’s what we found.

Inside the Collective Karen mind

Karens are no more likely than Susans or the general population to:

At first glance, this suggests there may not be much to the Karen stereotype. After all, if Karens are no more likely than anyone else to speak with a manager, why does the name warrant the meme treatment?

It turns out that compared with Susans, a smaller portion of Karens agree with the statement “people can rarely upset me” – meaning that to some extent, Karens are more easily upsettable than other women of similar generations.

Perhaps this explains the survey findings most relevant to today’s memery. We presented each respondent with one of two scenarios, both occurring at a fast food restaurant. The first was an example of very bad customer service, and the second was an example of a fairly typical, if annoying, mix-up and delay. All respondents were then asked how they’d typically react, if at all.

For the decidedly bad scenario, Karens, Susans, and the general public were all equally likely to complain in some way, with about 90% saying they would do so, whether to a manager (75%), in writing to a supervisor or headquarters (19%), through an online review such as on Yelp (17%), or in a frustrated Facebook post to friends (6%).

But for the typical-but-annoying scenario, Karens and Susans both expressed far greater levels of complaint compared with women of all other names, even when looking only at women ages 40 and older (the demographic portrayed by the Karen stereotype).

Specifically, in the not-so-bad customer service scenario, 71% of both Karens and Susans would complain in some way, compared with 52% of general population women ages 35 and older. Complaining to a manager in person was still the most commonly selected method, chosen by 57% of Karens, 58% of Susans, and 43% of demographically matched other women.

So there may be something to all of this – which is surprising, but is at least somewhat amusing.

Are Reactions to Memes … Meta-memetics?

We showed survey respondents these images and asked if they have ever seen THEIR name in a meme.

One in three Karens (33%) have seen their name in a meme, compared with just 6% of the general population.

Of those who have seen such a namesake meme, Karens express equal levels of amusement when seeing one as compared with Susans (about 70%) – but they also express greater levels of negative reactions, with 16% saying it makes them feel annoyed and 6% sad, while no Susans express these feelings.

What makes some Karens feel amused, but others annoyed? Turns out, these differences are strongly correlated with political affiliation:

So what can we say from this?

The Karen stereotype seen in memes isn’t entirely off-target, but at the same time it doesn’t define the majority of us sharing the name.

That said, it seems that if you share Karen memes with the Karens in your life, most will share in your amusement.

And the rest of us will call your manager.