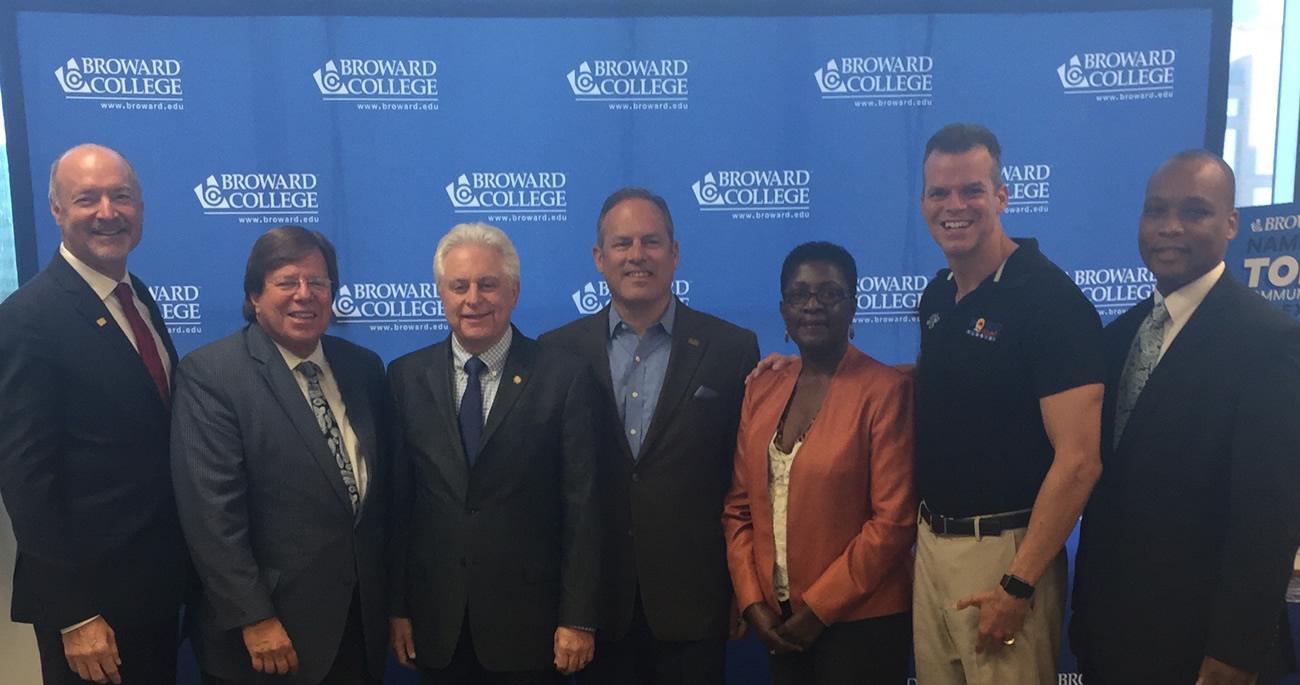 The campaign aims to secure non-binding pledges to “pre-board” $2 million worth of ticket sales by Oct. 21. The campaign has already secured more than $2 million in pledges from Tallahassee-based travelers who want direct flights to Fort Lauderdale, and those efforts will be duplicated by South Florida pledges, by local residents, and businesses wanting convenient jet air service to the state’s capital city.

Over the past week, pre-launch activities in Broward have quietly secured more than $356,000 in ticket pledges already, and officials hope the response far exceeds the goal.

“Local travelers are very excited about this opportunity that pre-boarding ticket pledges have really taken off,” said Fort Lauderdale Mayor Jack Seiler. “Our community needs direct access to the capital of state government, and together we can make this route a reality.”

Discussions with jetBlue have been productive, led by local officials in both Tallahassee and the tri-county area including Broward, Miami-Dade, and Palm Beach. However, the community engagement piece, dubbed getBlue, has underscored to airline executives how much area residents and businesses are invested in this effort.

“Hundreds of businesses and associations have locations in both the state capital and South Florida,” said Broward County Mayor Marty Kiar. “So many decisions made in Tallahassee directly affect Broward’s residents and businesses, and jetBlue service would be tremendously helpful as our leaders work to shape public policy.”

Added Broward College President David Armstrong: “South Florida sends 13,000 students to Tallahassee for their college education, and it’s important for students and their parents to have a direct, convenient route to reach one another. Direct jetBlue service between Fort Lauderdale and Tallahassee is the ticket they need.”

As the seat of government, Tallahassee is headquarters of hundreds of statewide associations covering the full range of interest groups, from lawyers and doctors to teachers, sheriffs, nursing homes, banks, realtors, and more. Broward County also sends the second-largest delegation of state legislators to the Capitol, but they and their staff can’t fly directly from Fort Lauderdale-Hollywood International Airport to Tallahassee International Airport.

“Direct service would also provide Tallahassee residents with better access to Broward County’s 31 cities and municipalities,” said Cooper City Mayor Greg Ross, who is president of the Broward League of Cities. “The getBlue campaign means expanded tourism and business opportunities for our community.”

A direct Fort Lauderdale-to-Tallahassee air service by jetBlue would be a plus for the entire tri-county area, and a direct route from the state capital to the communities will add to South Florida’s profile and open doors to greater opportunity.