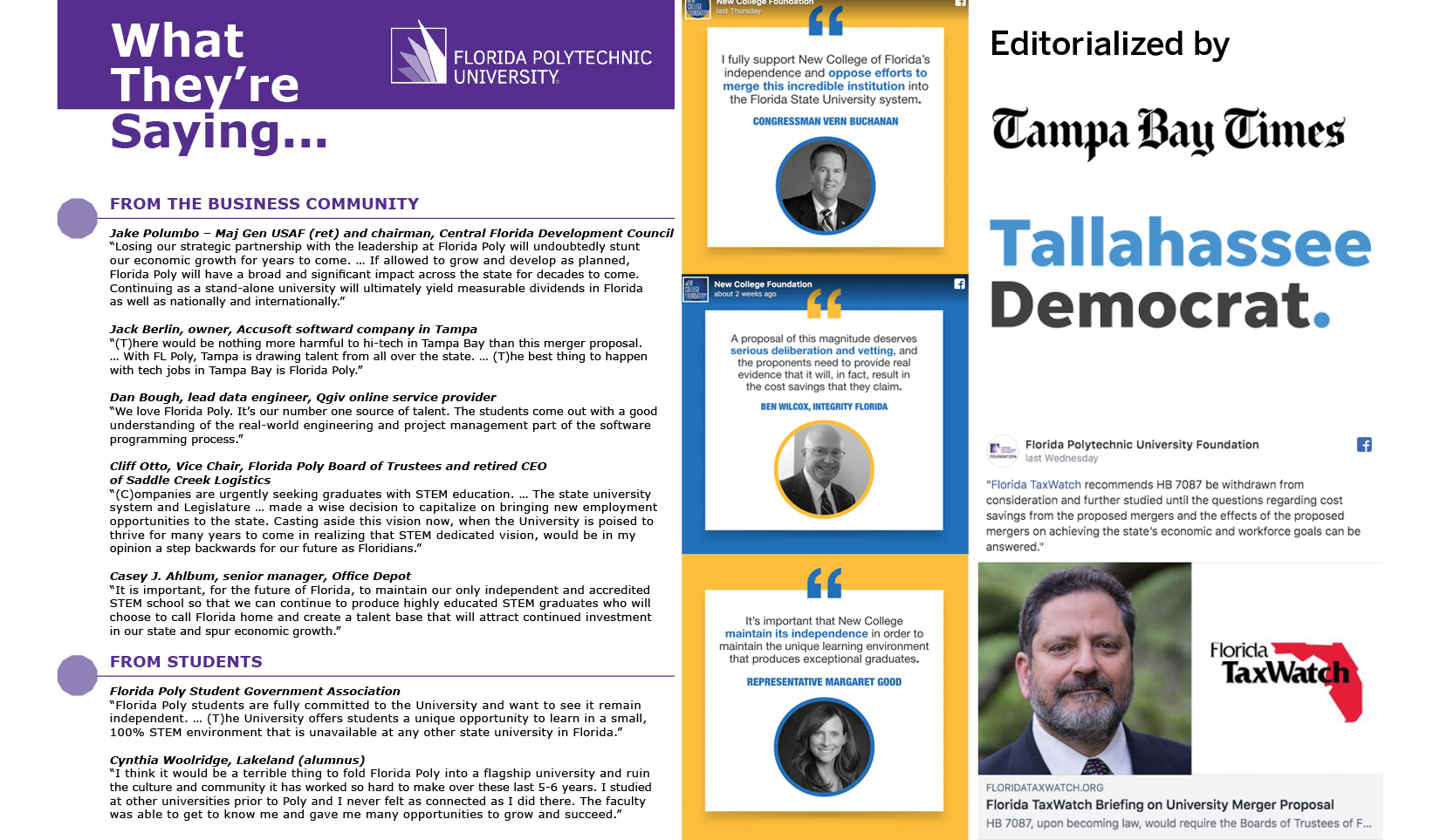 When surprise legislation emerged midway through the 2020 legislative session to merge Florida Polytechnic University and New College of Florida into larger institutions, the two state universities engaged Sachs Media to conduct a media, digital, and grassroots campaign to save their independence.

With only four weeks of legislative session remaining to stop the proposal, we quickly conducted detailed research and developed effective messaging. Drawing upon this research and discussions with university leaders, students, alumni, and parents, we crafted messaging that focused on each university’s unique place in the State University System, how the schools contributed to their local communities, and how they produce exceptional graduates in fields critical to Florida’s economic future.

We utilized a mix of public statements, op-eds, news conferences, interviews, and legislative leave-behinds. These efforts armed the schools' lobbyists with clear demonstrations of public support with which they could successfully push back against the merger proposal. In the end, the legislation died from lack of support, failing to even come to a floor vote.

Each legislator reached an average of