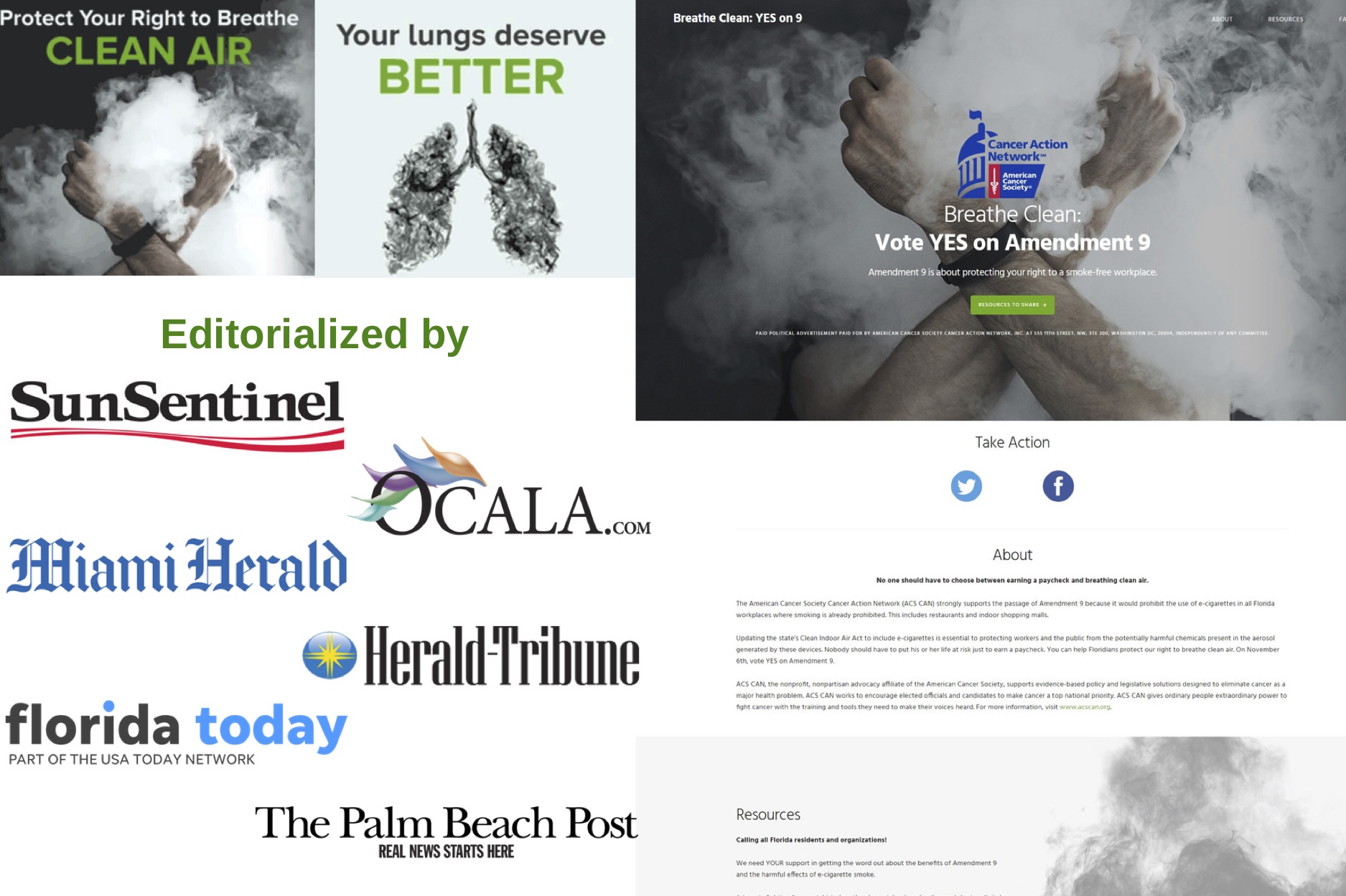 The American Cancer Society Cancer Action Network (ACS CAN) hired Sachs Media to help advocate for an amendment on the 2018 ballot that would modernize Florida’s constitution to include a prohibition on e-cigarettes and vaping devices. We were engaged to develop a cost-effective and data-driven strategy that would inform undecided voters about this issue and lead them to vote “YES” on Amendment 9.

Our team began with in-depth research and message testing, using a series of surveys to test varying messages to different voter groups based on age, race, geography, gender, political affiliation, and other variables. Armed with these insights, we developed succinct messaging for digital ads, search engine ads, social media posts, handouts, website, talking points, and stickers. Our team drafted and placed multiple op-eds from a range of authors and leveraged our relationships with the media to make the case for supporting this issue. This led six major Florida newspapers to endorse Amendment 9 and many other outlets to write favorably about it.

In the end, these efforts proved successful, as Amendment 9 was supported by 69% of voters – well above the 60% threshold for passage – and was incorporated into the Florida Constitution.