Blocking the Takeover of a Local Treasure 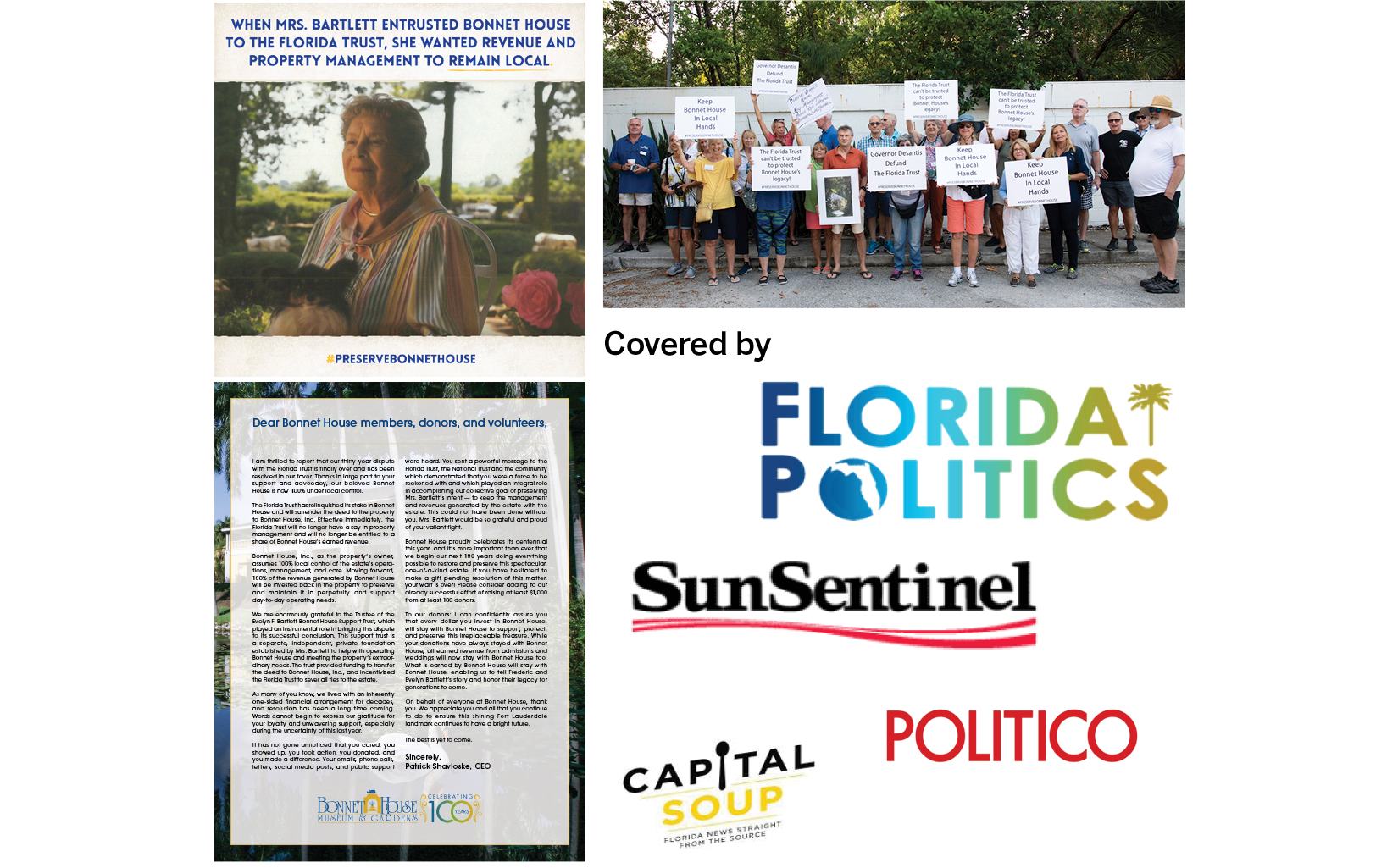 Century-old Bonnet House Museum & Gardens, one of Fort Lauderdale’s preeminent historic landmarks, became the target of a nasty tug of war in 2019 when the Tallahassee-based Florida Trust for Historic Preservation tried to take control of the estate and shift all its revenue away from the local nonprofit board that had managed it effectively.

In the end, the statewide group relented, maintaining local control of the beloved community resource.