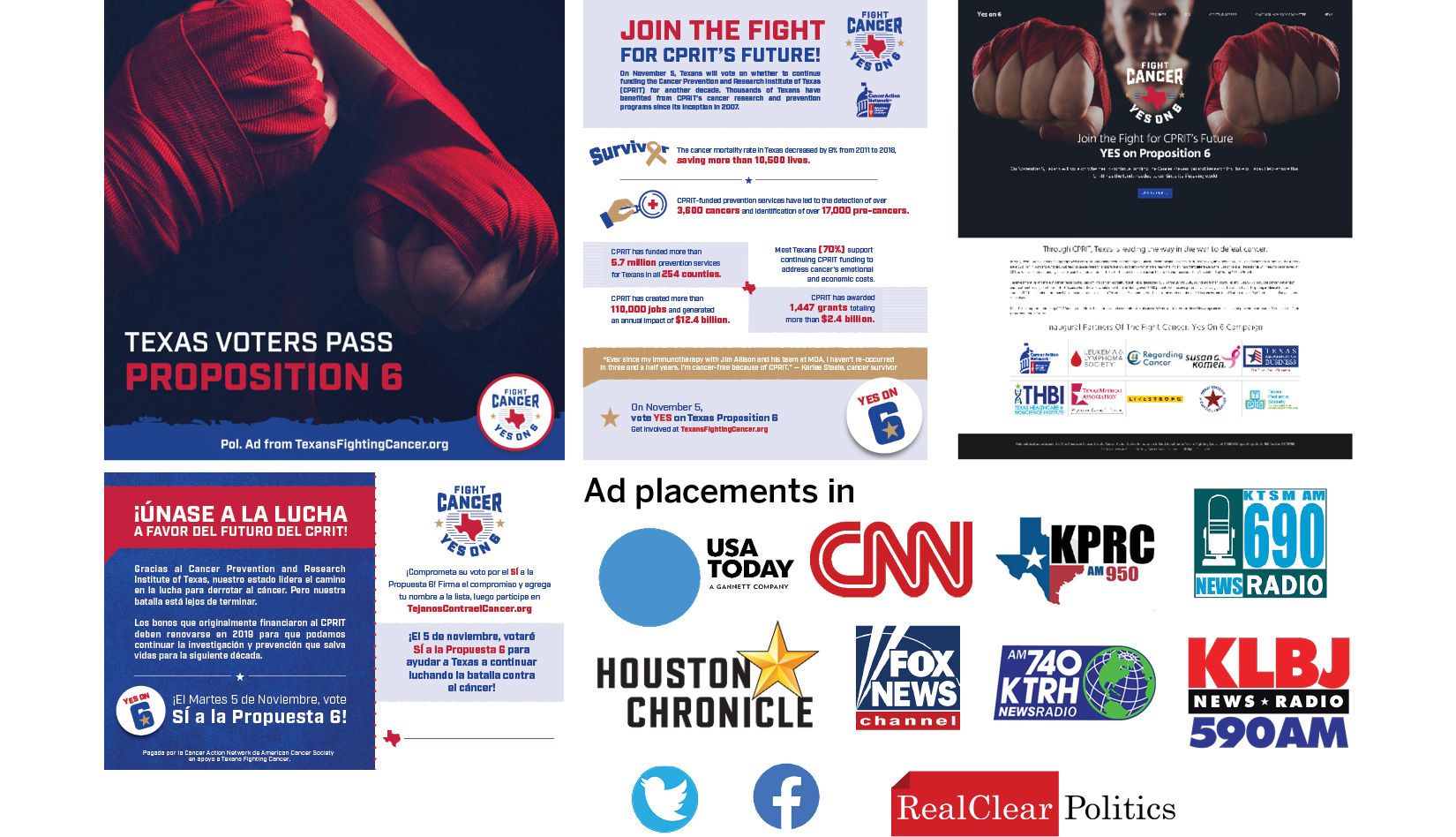 Texas voters approved a constitutional amendment in 2007 establishing the Cancer Prevention and Research Institute of Texas (CPRIT) and authorizing the state to issue $3 billion in bonds to fund cancer research and prevention programs in the state. When authorization and funding were about to expire in 2019, the American Cancer Society-Cancer Action Network of Texas engaged Sachs Media to launch a high-visibility campaign to promote passage of a statewide ballot initiative to continue the program.

Our firm implemented a cost-effective mix of research, social media, targeted digital and mainstream advertising, and earned media, using both English and Spanish. We created a “Yes on 6” website that housed campaign information and called on advocates to share their support of Proposition 6 through downloadable resources. We also developed creative assets including yard signs, bumper stickers, video content, pledge forms, and handouts. Our social and digital team generated 1.4 million impressions among likely voters.

These efforts propelled Proposition 6 to success, as the amendment passed with an overwhelming 64% of the vote.

In Funding for Cancer Research